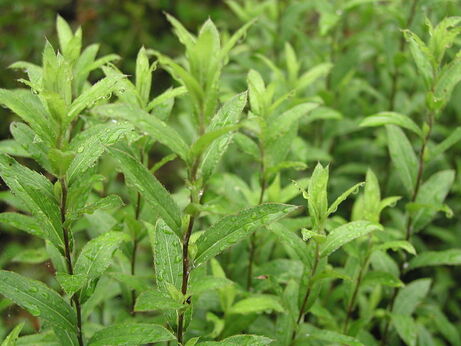 White atractylodes is one of the most commonly used herbs in traditional Chinese medicine. An aromatic herb, the plant is indigenous to China and has a thin, wooden stem and large, serrated leaves. The rhizome is used medicinally.
White atractylodes' active ingredient is a volatile oil consisting of various substances, including atractylon, sesquiterpene lactones, acetylenes and polysaccharides.
White atractylodes has been used to treat physical and mental fatigue, diarrhea, edema, dizziness and vomiting. It has a long lasting diuretic effect, and also has the ability to lower blood sugar levels. In traditional Chinese medicine, white atractylodes is used as a qi tonic, and to support the functions of the kidney, bladder and digestive system.
​


Other components / compounds include: