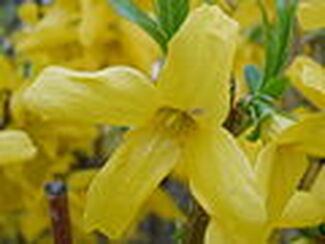 There is insufficient evidence to rate its effectivness however it is being studied of inflammation of small air passages in the lung (bronchiolitis). Developing research suggests that children with bronchiolitis due to a particular infection (respiratory syncytial virus infection) get over their symptoms faster when given a combination of forsythia, honeysuckle, and Baikal skullcap intravenously (by IV). which is why we include this herbal combination within Flawless Defense Plus.

Forsythia has been used traditionally for swelling of small air passages in the lung (bronchiolitis), tonsillitis, sore throat, fever, vomiting, heart disease, HIV/AIDS, gonorrhea, pain and swelling (inflammation), and a severe skin rash with fever and vomiting caused by a bacterium (erysipelas). (more study is needed to confirm it's effectiveness)


For those that are looking for natural safe methods of cooking this study discusses the potential nutritional benefits of using this herb when preparing chicken
https://www.ncbi.nlm.nih.gov/pmc/articles/PMC4092897/