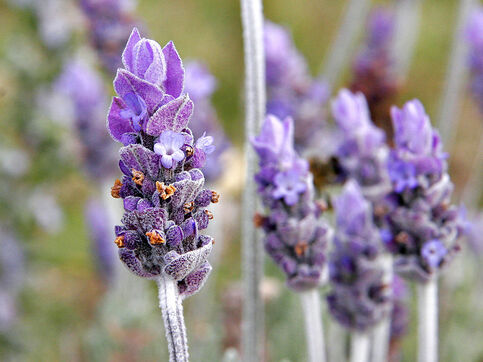 Lavandula (common name lavender) is a genus of 47 known species of flowering plants in the mint family, Lamiaceae. It is native to the Old World and is found in Cape Verde and the Canary Islands, and from Europe across to northern and eastern Africa, the Mediterranean, southwest Asia to southeast India.[2]

Its name derives from the Latin root “lavare,” which literally means “to wash.”The earliest recorded use of lavender dates back to ancient Egypt. There, lavender oil played a role in the mummification process.
During later times, lavender became a bath additive in several regions, including Persia, ancient Greece, and Rome. These cultures believed that lavender helped purify the body and mind.
Since ancient times, lavender has been used to treat many different ailments, including: