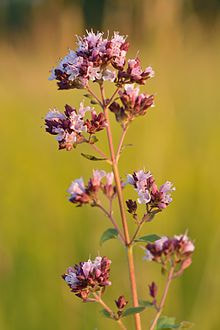 Oregano (Origanum vulgare) is a flowering plant in the mint family (Lamiaceae). It is native to temperate Western and Southwestern Eurasia and the Mediterranean region.

The following summary was written by healthline.com
Oregano is considered a staple herb in many cuisines around the world.It has a strong flavor and brings warmth to dishes, along with a hint of subtle sweetness.
It can be found fresh, dried or as an oil, and all are said to have significant health benefits.
Though typically used in small amounts, oregano packs in some important nutrients. Just one teaspoon of dried oregano can fulfill about 8% of your daily vitamin K needs (1).
From helping fight bacteria to reducing inflammation, studies have unearthed some of its impressive potential benefits.
This article looks at 6 evidence-based health benefits of oregano.

One test tube study found oregano to be effective against 23 different bacterias second to thyme.